Launch of the new brand for the district of Neustadt an der Waldnaab – EMBASSY created the new brand »NEW«, a brand strategy and the brand design for the Bavarian district..

The district of Neustadt an der Waldnaab is “NEW”! The branding process with EMBASSY was officially presented to the public on 20 January 2019 and is now implementated.
But why does a district need a brand at all? The district is in competition – with neighbouring rural regions and large cities for population, skilled workers, tourists, companies, investments and much more. The brand can provide an advantage in this competition by creating a clear image of the region and telling what the district represents. But what should locals or outsiders associate with the district of Neustadt an der Waldnaab?
Together with EMBASSY, workshops involving participants from various sectors of society were held to identify what the district has to offer and what makes it special, the needs of the target groups, as well as its strengths and weaknesses. One of the results was the realisation that the numerous good arguments in favour of the district are primarily countered by outdated ideas about rural life. First and foremost: the supposed great divide between the big city and rural life. For today’s population, old boundaries, restrictions or deprivations no longer exist – they have internet, infrastructure, involvement. In the district of Neustadt an der Waldnaab, people live an unrestricted life in the country – a “country life unlimited”. Rationally speaking, you have more space, time and money to live and you can live the way you really want to.

Therefore, the old preconceptions in the big cities are now being challenged. The communication is focussed on a clear message: Rethinking and reinterpreting rural life. In the pursuit of a marker for this new self-image, a well-known symbol for the district of Neustadt an der Waldnaab was rediscovered: “NEW”, derived from car registration plates. “NEW” breaks away from the usual coats of arms and green logos of rural regions and emphasises modern rural life and structural strength. “NEW” generates attention, makes attractiveness visible and expresses the identity of the district. As a rural region, Neustadt an der Waldnaab presents itself confidently in comparison to the urban centres, challenges the outdated ideas and highlights the opportunities, advantages and potentials. In this way, the district is repositioning itself – “NEW” – on the Bavarian map.
With the slogan “Think NEW”, stereotypes about rural life will be challenged for the first time after an initial announcement phase and the launch event on 20 January 2019. (more under www.new-perspektiven.de) But that is only the beginning. Already, activities are shaping the new rural life that “NEW” stands for. The aim is to constantly rethink “NEW” and fill it with life. 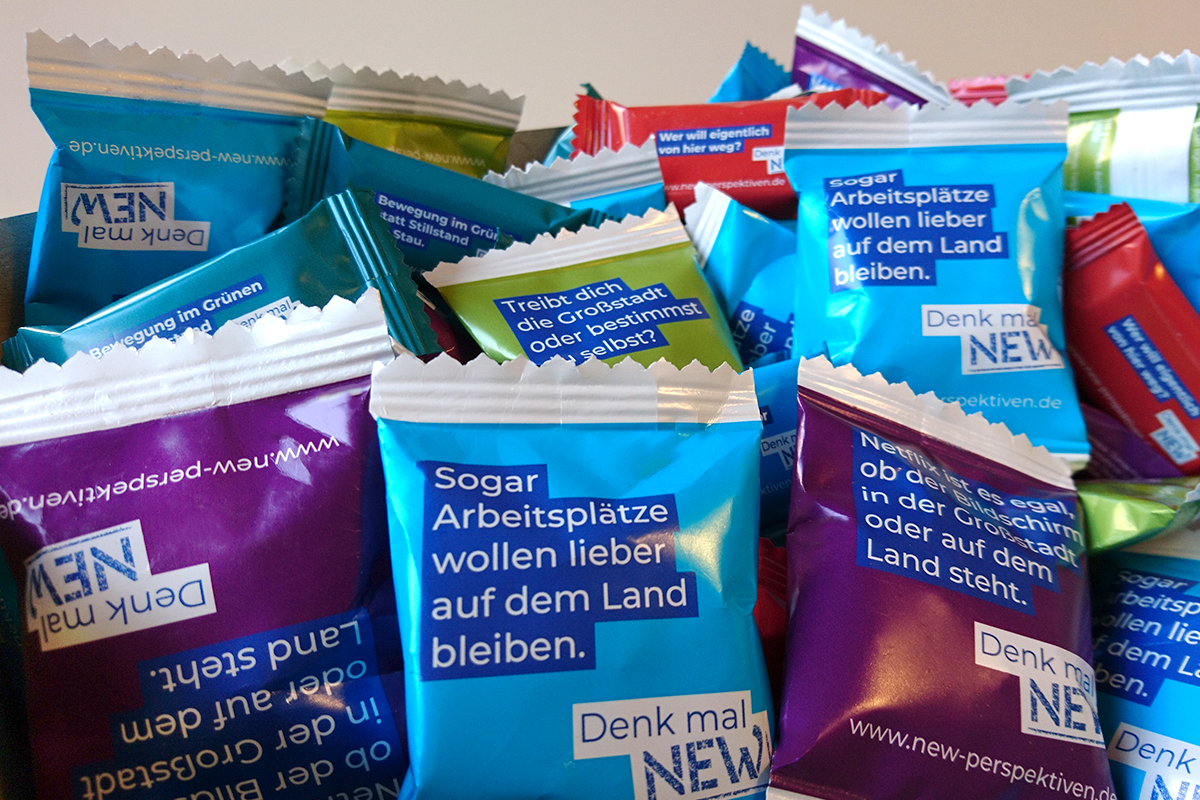 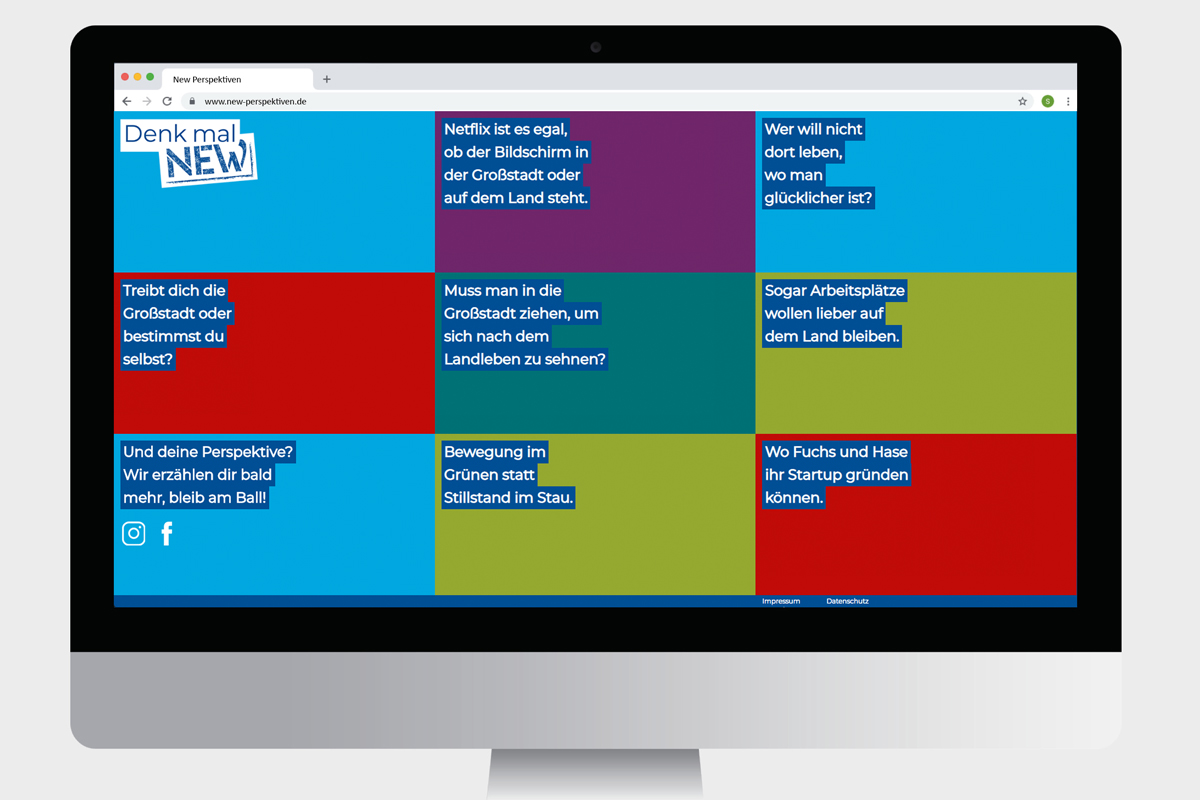 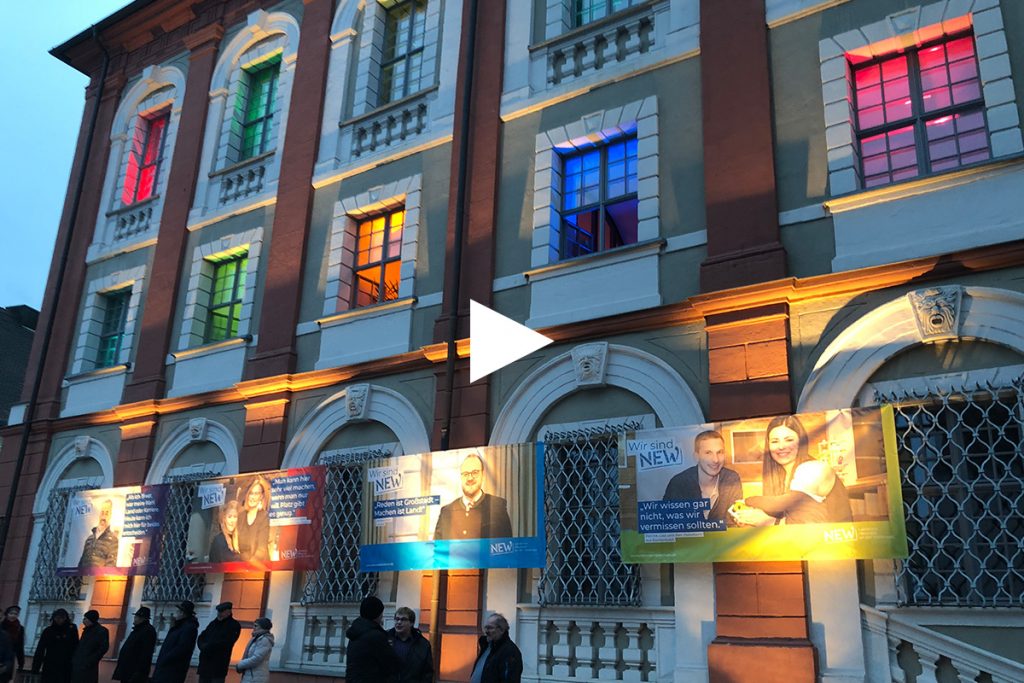 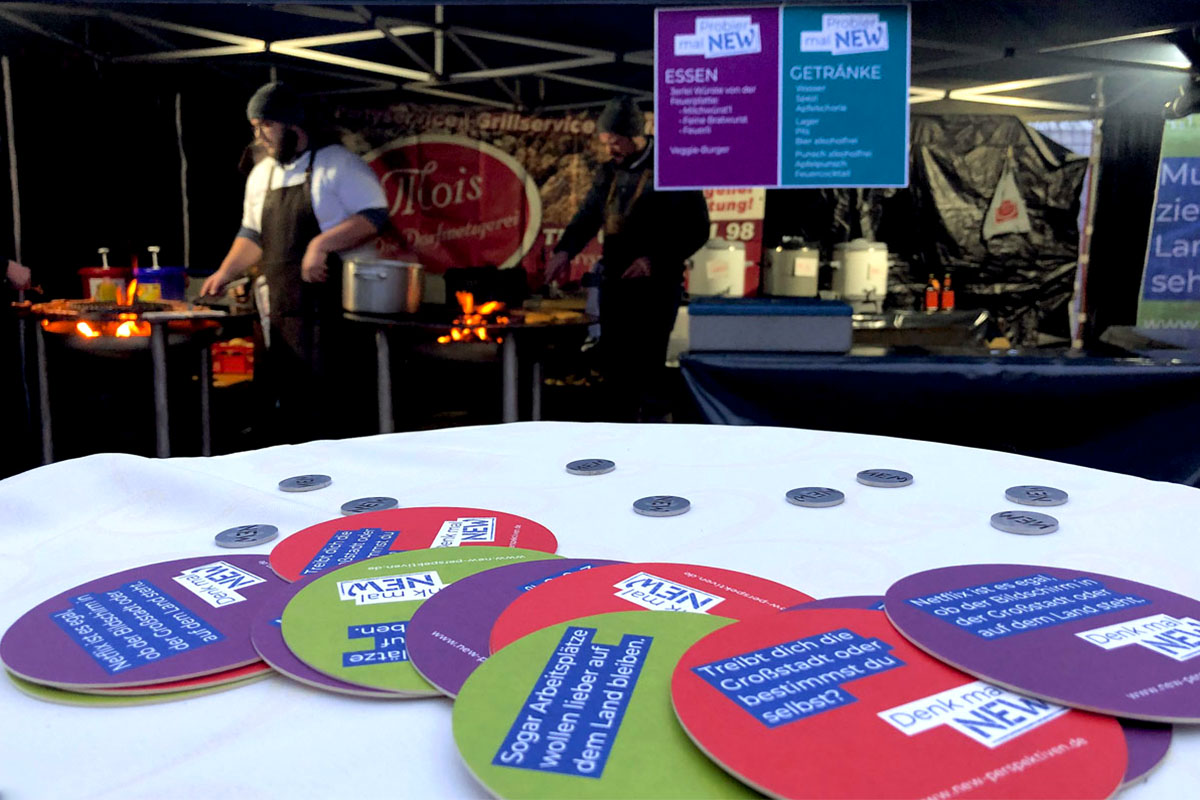 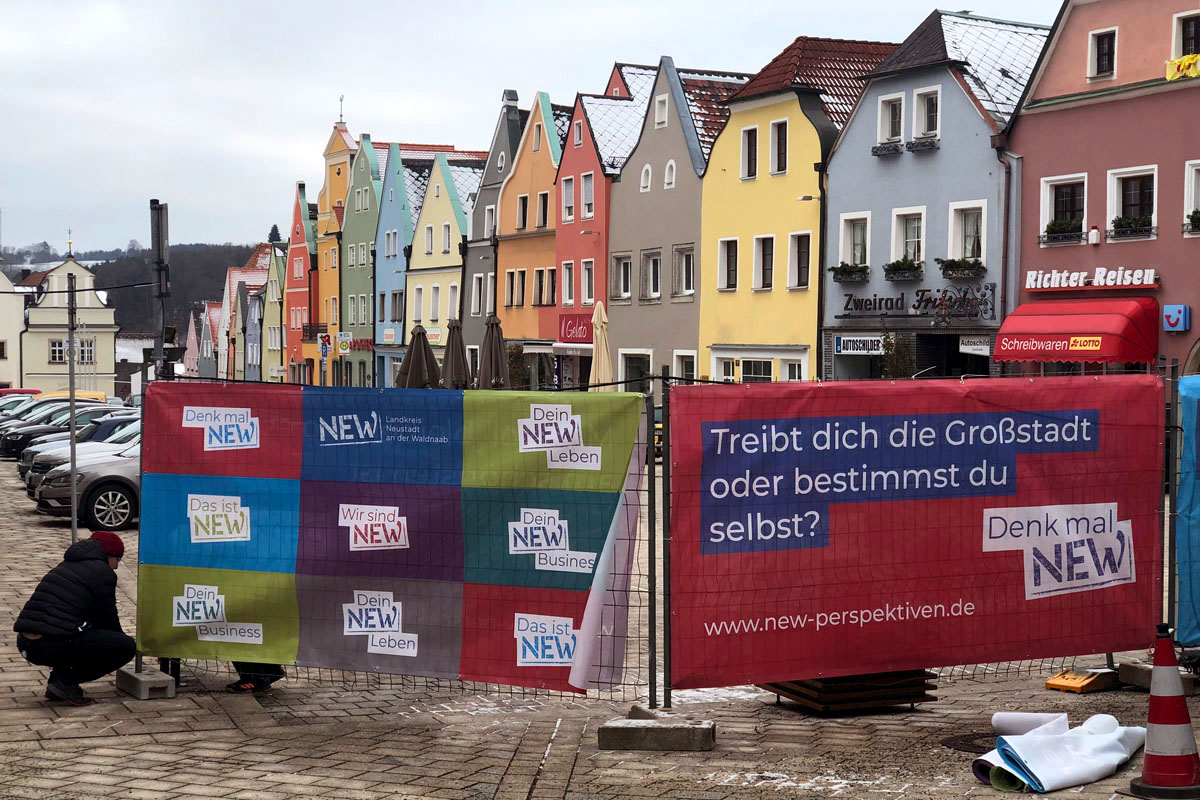