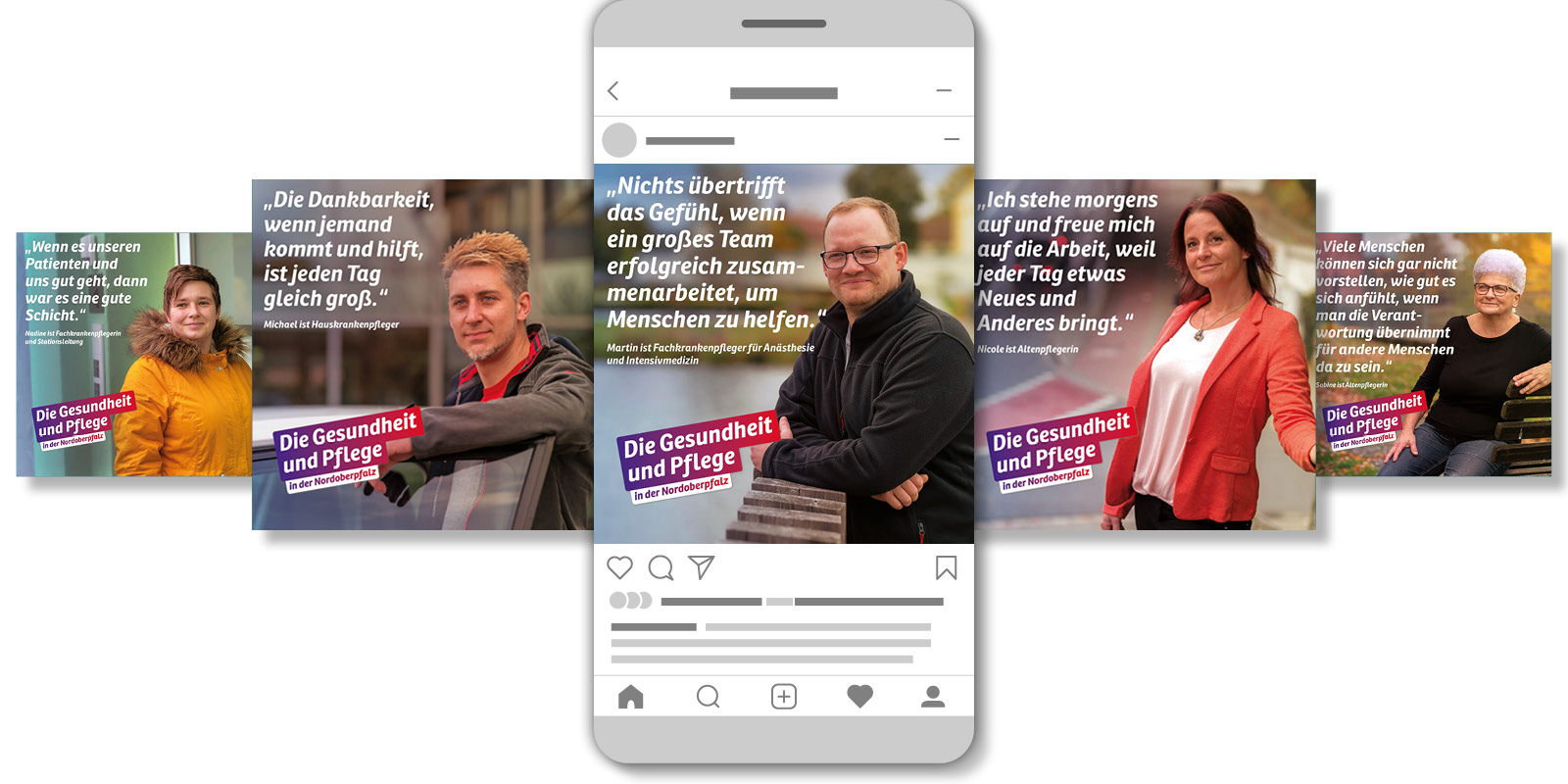 Few professions give people the personal satisfaction that the health and care sector does. EMBASSY started with this important factor of personal happiness, which was captured in the faces and stories of the campaign.

How can we recruit health and care workers? In consideration of the demographic change, this question concerns practically every health and care facility in Germany, but also politics at all levels.
EMBASSY designed a recruiting campaign for healthcare professionals for the Gesundheitsregionplus Nordoberpfalz (district of Neustadt a.d. Waldnaab, district of Tirschenreuth and city of Weiden in der Oberpfalz) to attract people to careers in health and care.

Of all years, it was a double challenge in the year of the Corona pandemic. The nursing and health professions were almost constantly in the spotlight. They received full support and appreciation from the public, but the coverage also showed the downside: the hard work, long hours, little pay, and on top of that the burden of the pandemic. How can you attract people for these professions? Why does anyone do this work at all? The answer lies in the campaign’s key: because working in health and care makes a person happy. Really happy.

That is why the campaign focuses on the personal meaning for health and care staff: “I love my job”.
The image campaign clearly stands out from the countless campaigns with similar audiences and goals. In most other campaigns, you see nurses in cool, green or blue hospital uniforms, with their arms folded, talking about the value of their work to society or of the respect they are given.

We show people in private, on their way home and let them tell what they take home for themselves in terms of good feelings. Warm colours signal inner satisfaction after a day’s work and underline the message: “I love my work”. 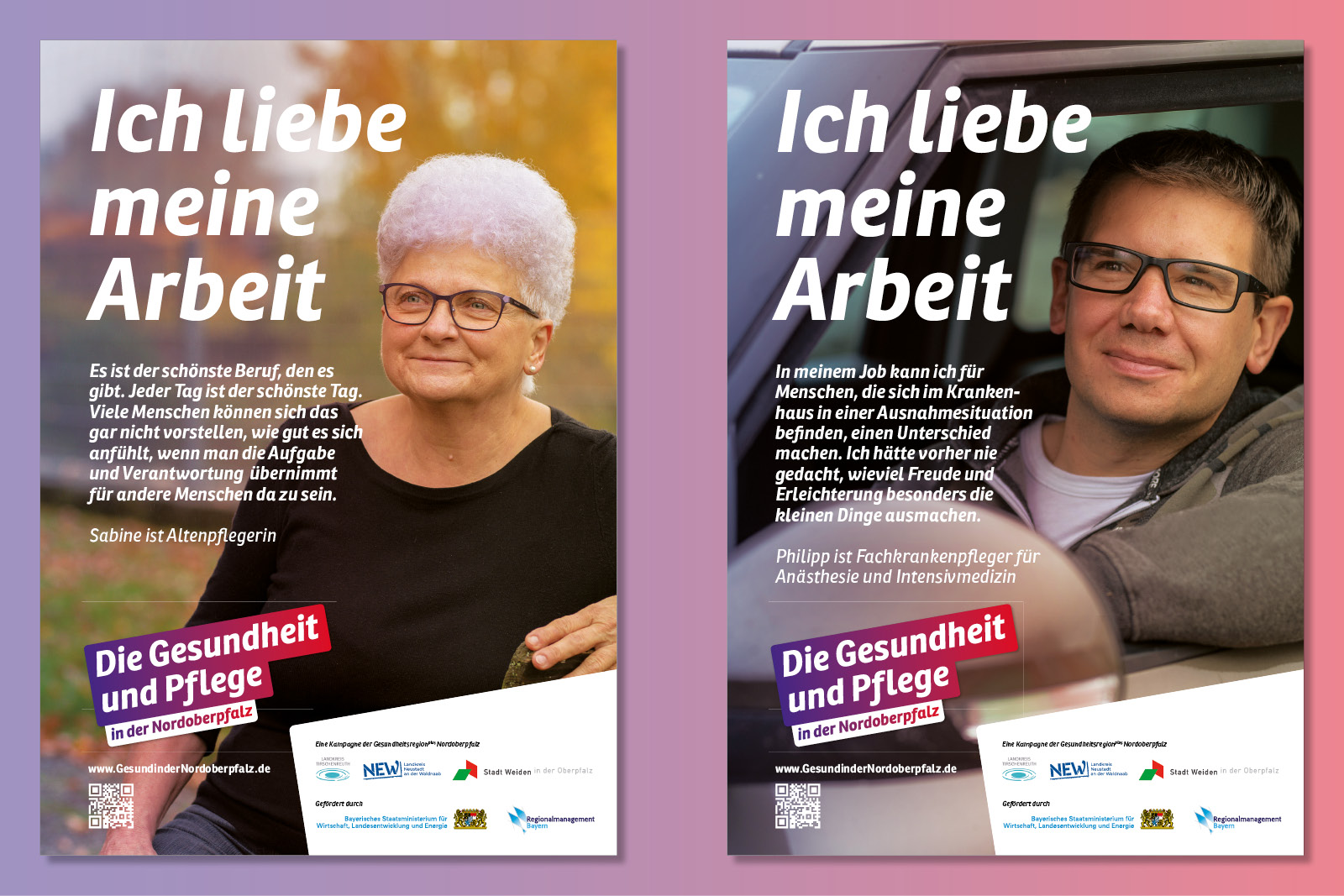 The campaign “The Nordoberpfalz says THANK YOU!” was designed to show and use the appreciation of the population. People could address their “Thank you!” to the health and care staff of the region. 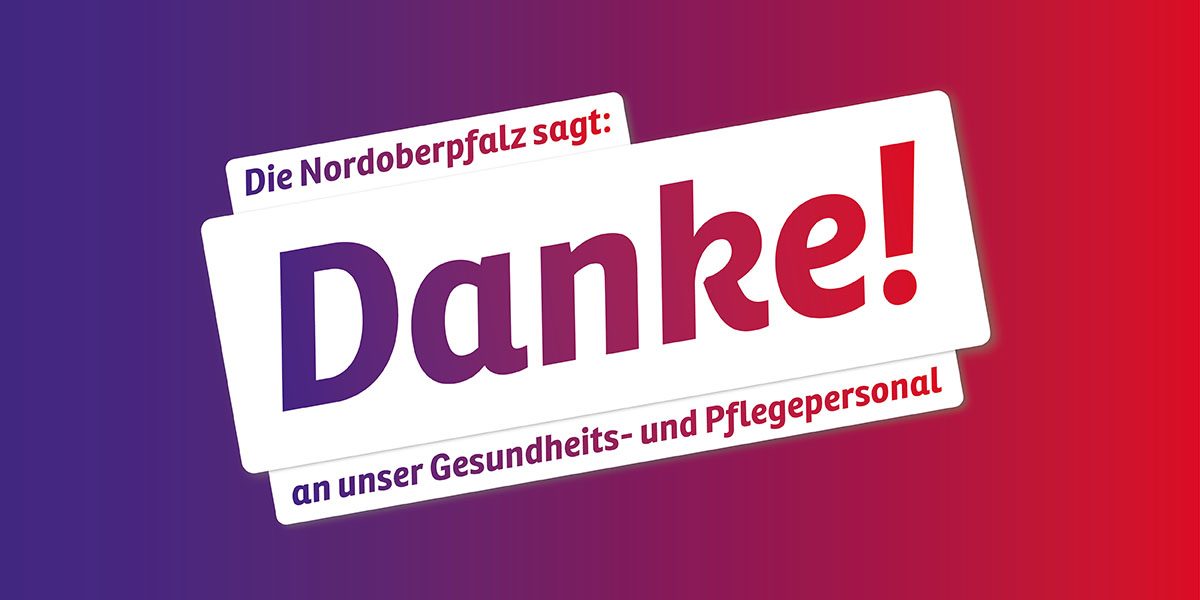 The start of the campaign overlapped with the start of the Corona pandemic, but already targeted a “thank you” to the nursing and health care staff before the applause on windows and balconies started. The appreciation in the region Nordoberpfalz (which already existed before the pandemic) was to be made visible, the population was to be involved and the staff was to be reached.

Using the slogan “The Nordoberpfalz says THANK YOU!”, the campaign was launched and, with the support of regional media partners from print, TV, radio and digital, reached broad groups of the population and – particularly important – the staff. People were asked to say thank you personally.

They did so online, on social media, in the facilities, with postcards, by chat, by voice message, in interviews on TV and online formats, in letters and in person on site. 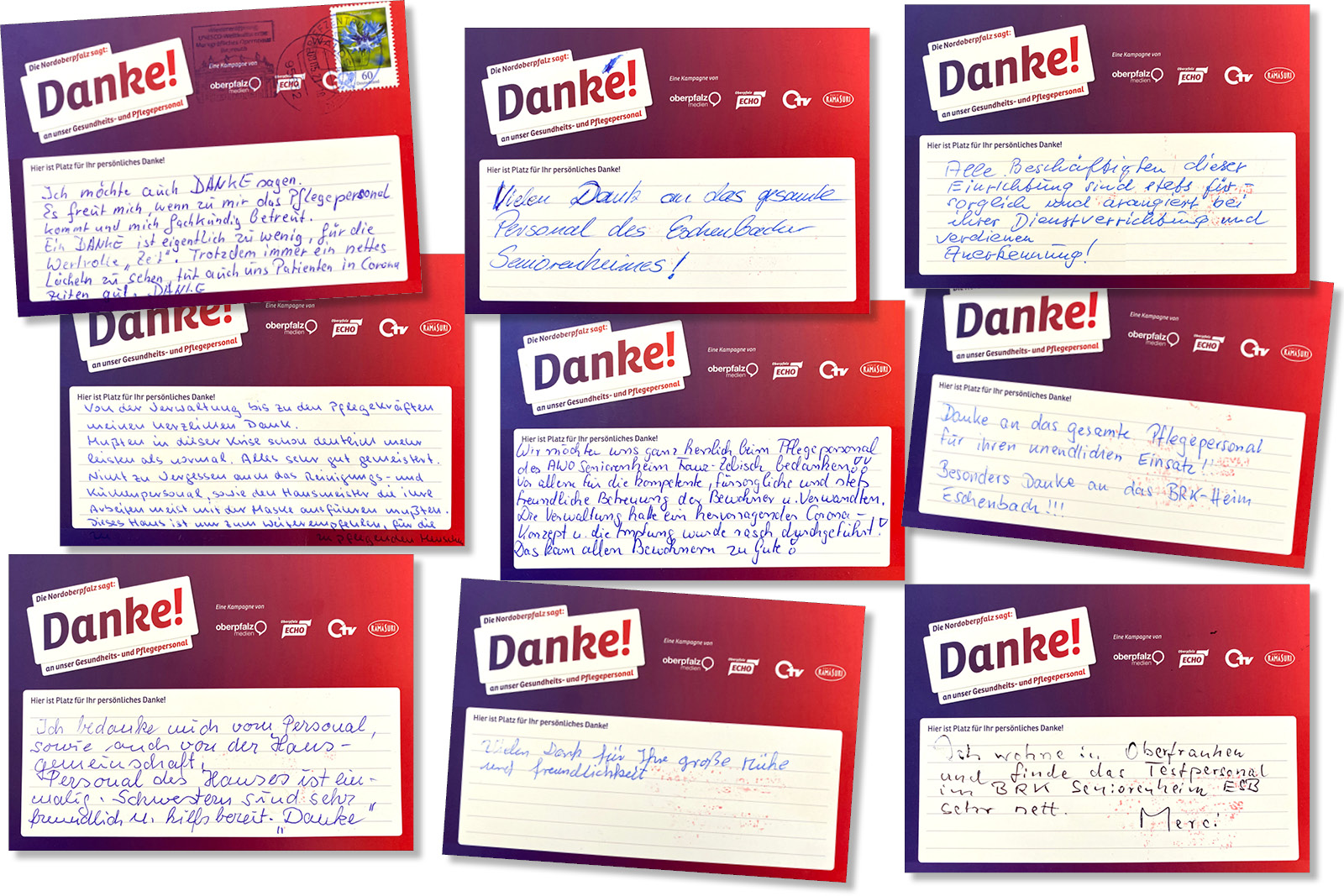 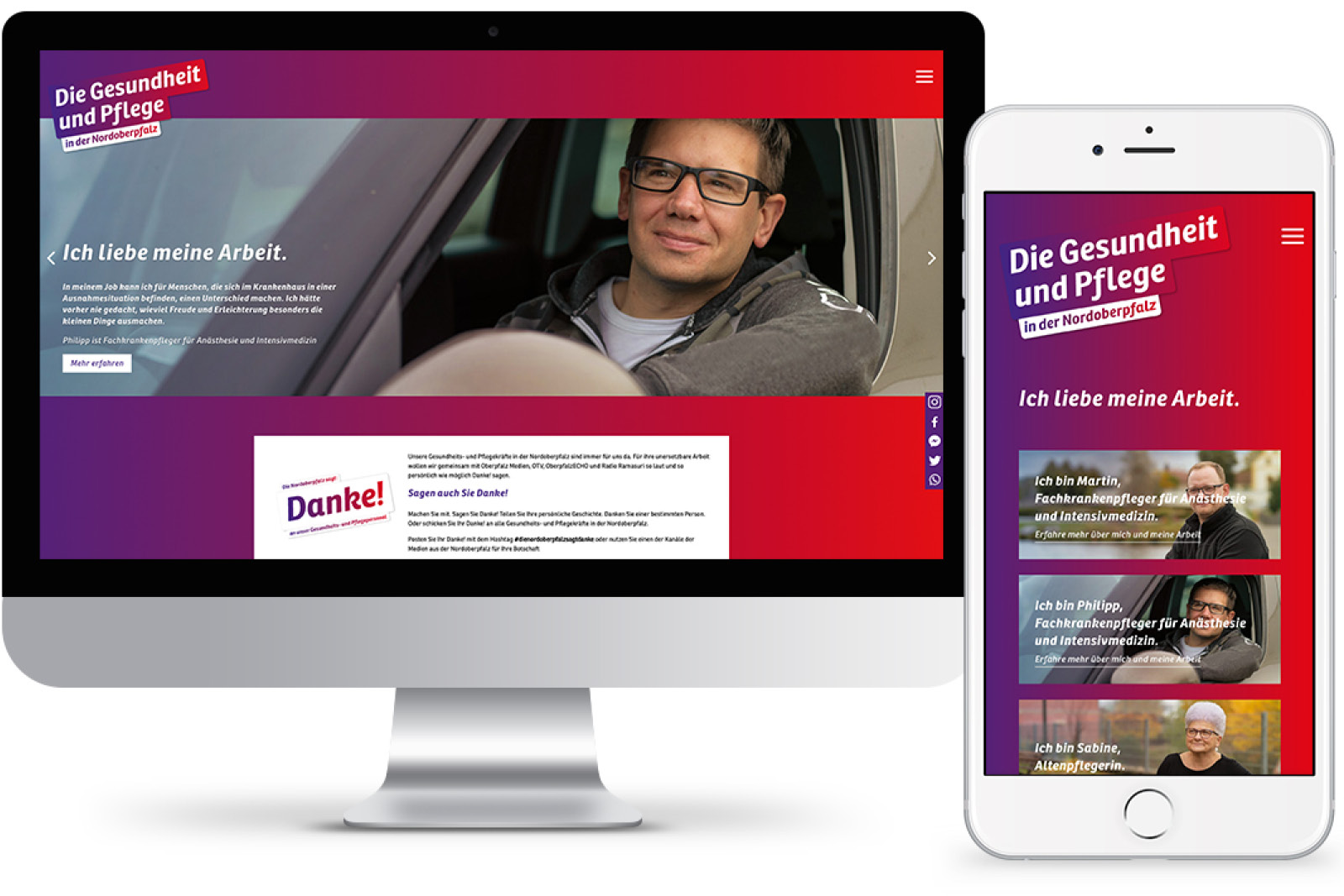