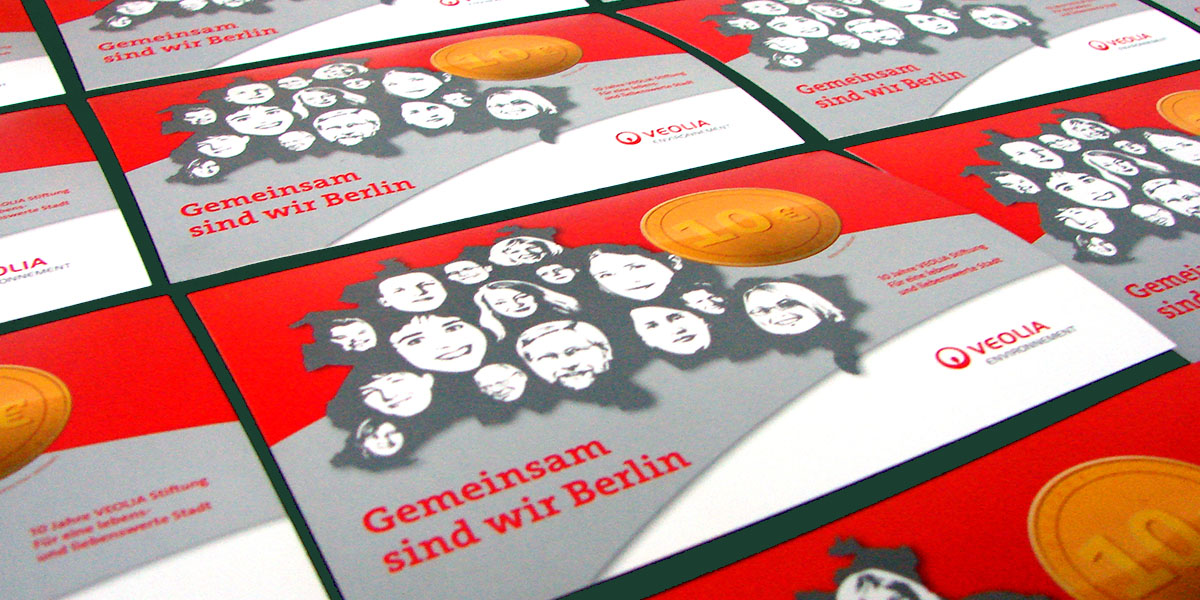 Veolia Wasser is a subsidiary of Veolia Environnement, the world’s leading environmental services company, and is a service provider to over 300 German municipalities and many industrial manufacturers.

On behalf of Veolia Wasser, EMBASSY planned and designed a campaign to increase awareness of the Berlin-based Veolia Foundation. For the Veolia Foundation’s tenth anniversary, we developed a campaign in which the people of Berlin were invited to participate in charitable projects by redeeming ‘Foundation Dollars’.

At the heart of the campaign were 100 projects in Berlin which the foundation had previously been involved in supporting, with the emphasis on employment, the environment, living conditions and solidarity. A range of media were used, including advertisements, postcards distributed by media partners (daily newspapers, radio), a pre-launch event, the internet, social media and PR.

The campaign succeeded in supporting Veolia in its efforts to position itself as a corporate citizen in Berlin. The immediate campaign target (10,000 x €10) was exceeded (16,000 Foundation Dollars were collected). Despite a limited budget, print and audiovisual media allowed up to 2 million real contacts to be made. 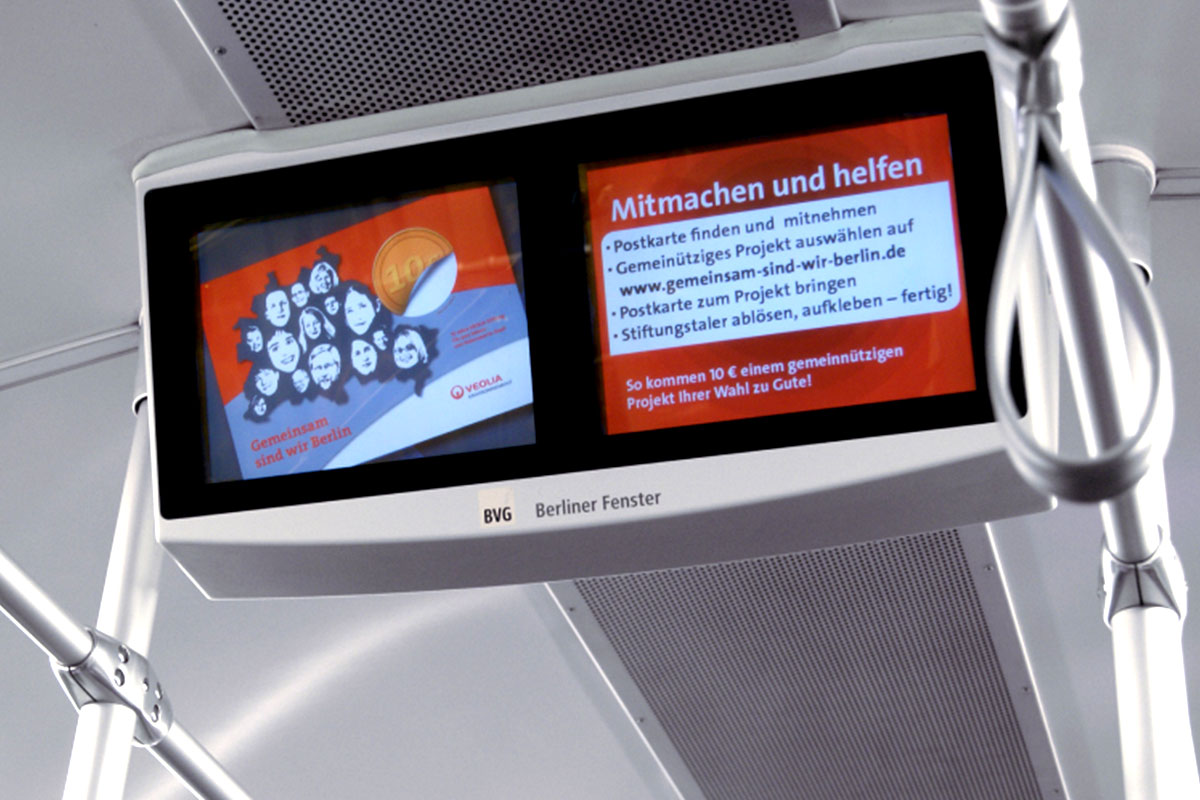